One financing platform – many opportunities for corporate customers, suppliers and banks

With the Traxpay financing platform, companies have the opportunity to give their suppliers access to all relevant forms of financing such as dynamic discounting, reverse factoring and factoring.

We can seamlessly adapt these forms of financing to the liquidity needs of our customers.

Whether with our banking partners or our clients’ principal banks, the aim is to provide suppliers with liquidity anytime and anywhere – securely, quickly and easily.

With our platform and our network, we support companies in incentivizing the sustainable commitment of their suppliers – with the new Sustainable Supply Chain Finance Program.

We have the right minds on board!

Our dedicated, international team of more than 40 financial, process and technology experts strives every day to further develop and optimize our platform solutions to meet your needs.

With our headquarters in Frankfurt am Main and our subsidiary, Traxpay Inc. in New York, we are well prepared to grow with you.

Our team also includes our two Office Dogs Mina and Uran: these two fluffy employees are responsible for the happiness factor. 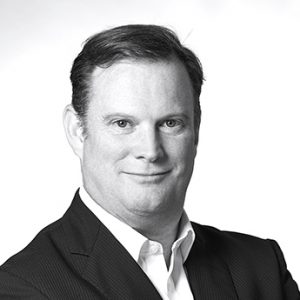 Markus Rupprecht is founder and CEO of Traxpay GmbH. He is responsible for product, partnerships and HR.

Markus learned his trade at Deutsche Bank, where he became one of the youngest ever AVP’s. He then moved on to various sales and business development roles at several technology companies such as GFT AG and Software AG, as well as at consulting firms. He also founded his first start-up, always in the context of payments and treasury.

In 2009, Traxpay was created, at a time when the term Fintech did not yet exist. His idea: a payment platform for B2B. In 2012, Markus relinquished the role of CEO at Traxpay and devoted himself to other projects. During this time, he founded further B2B companies and successfully sold one of them.

In 2016, he returned with a new idea: the payments concept turns into a successful, fast-growing supply chain finance platform.

Markus lives with his family in Frankfurt-Höchst. In his free time he loves to travel, cook and ski. Jochen Siegert has been CFO at Traxpay GmbH since 2015 and is responsible for finance, investor relations and operations.

Jochen has been working at the interface between technology and banking for 20 years.

He started his career as Product Manager for New Technologies at Mastercard Germany, later Europe. During his time, many of today’s innovations were introduced, such as the chip and the verification number on payment cards.

This was followed by two years as Product Manager at KarstadtQuelle Bank. Then he moved to Luxembourg as Strategy Director EMEA at PayPal. At that time he was one of 11 employees in Europe. He accompanied the pan-European rise of PayPal – from a completely unknown feature of the eBay platform to the undisputed ePayment market leader in Europe.

At the beginning of the fintech wave, Jochen founded the fintech Finleap in Berlin together with Jan Beckers, Ramin Niroumand and others and led it as managing director. During his time, the first six Finleap startups were founded and the Solarisbank was launched. He scaled Finleap to 100+ employees within 6 months and then moved to the Advisory Board to lead the operational pivot at Traxpay.

Jochen lives with his wife and two children in Bonn. He is also an opinionated blogger and podcaster at the market-leading Fintech media outlet Paymentandbanking.com. 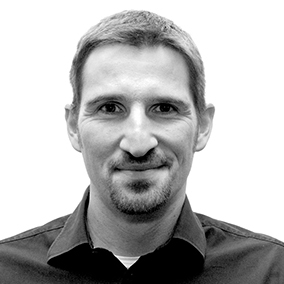 Thomas Fuhrmann has been with Traxpay since 2014 and is currently responsible for technology and development as CTO.

Before he came on board at Traxpay, he gained project experience across various customers and industries as a technical project manager, software architect and chief developer during his several years of consulting work. In addition to major projects in the telecommunications and media sectors, he has successfully developed innovative technology solutions in various industries, which have proved sustainable and robust.

His strength lies in the analysis and implementation of complex client requirements. He uses this strength for the realisation of necessary technical requirements with the highest quality and performance.

As a successful volleyball player he is a good team player and has brought agility on the field to his constantly growing development team. As the only native Hessian in the management team, Thomas lives with his wife and two children in Bad Vilbel near Frankfurt. 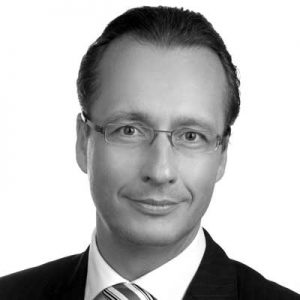 Sven Weissmann is CSO at Traxpay and responsible for sales, marketing and technology.
During his time at the University of Mannheim, Sven worked as a consultant and at the same time earned his doctorate in “World Class Manufacturing”. He also completed his Diploma Commercial at the Colegio de Espana, Salamanca, in Taxation & Finance. From 2000 he worked for SAP in various commercial and technical roles, with an international focus.

Following positions as Managing Director, EMEA at Cognizant and President & SVP at HCL Technologies for EMEA & APAC, he became Managing Partner at Accenture in 2017.

Sven has also been a Traxpay investor from the very beginning and has held non-executive supervisory board seats for many years at Traxpay. Traxpay’s vision and the increasing momentum of the company in the market led to his decision to join the management of Traxpay in 2019. His focus is on digitalisation, IT as well as business process optimisation and corporate management.

Privately he has lost his heart to ice hockey and brings this spirit to Traxpay: agility & passion, straightforwardness and a lot of drive as a team player.

At Traxpay we see banks as valuable partners and take an approach of mutually beneficial cooperation. We offer your customers innovative platform solutions and you the opportunity to develop new sources of income.

You can find more about our unique bank partnership models here.

We as a company are constantly developing, always looking for the right partners at our side. This is why we enter into partnerships that offer our customers added value, for example in the areas of sustainability ratings or blockchain technology.

Would you like to not only come up with great ideas in a dynamic B2B Fintech, but also to implement them? Then become part of our team now.

Our Traxpay financing platform offers you all the usual financing solutions.